The Future of Money Conference in Stockholm

Monerium co-founder Jon Helgi Egilsson spoke at the “The Future of Money — Central Bank Digital Currency and Beyond” conference on June 15, 2019, in Stockholm, Sweden

In his talk, Egilsson claimed that there was nothing preventing central banks from allowing electronic institutions (EMIs) to safeguard clients funds as deposits at the central bank. Some EU jurisdictions already allow EMIs to place deposits in banks, for example, in the Baltics and the UK. Egilsson asked if the core feature of Central Bank Digital Currency (CBDC) couldn’t be captured if e-money could be safeguarded at a central bank. Unlike bank deposits, e-money is safeguarded separately from any other financial activities, such as lending. Instead, customer funds are invested in a segregated portfolio of high-quality liquid instruments along with regulatory minimum reserves. The structure is similar to a high-grade money market fund with a minimum capital contribution by the fund administrator that serves as a buffer against losses. Egilsson pointed out that in this respect, e-money issuers resemble narrow banks. 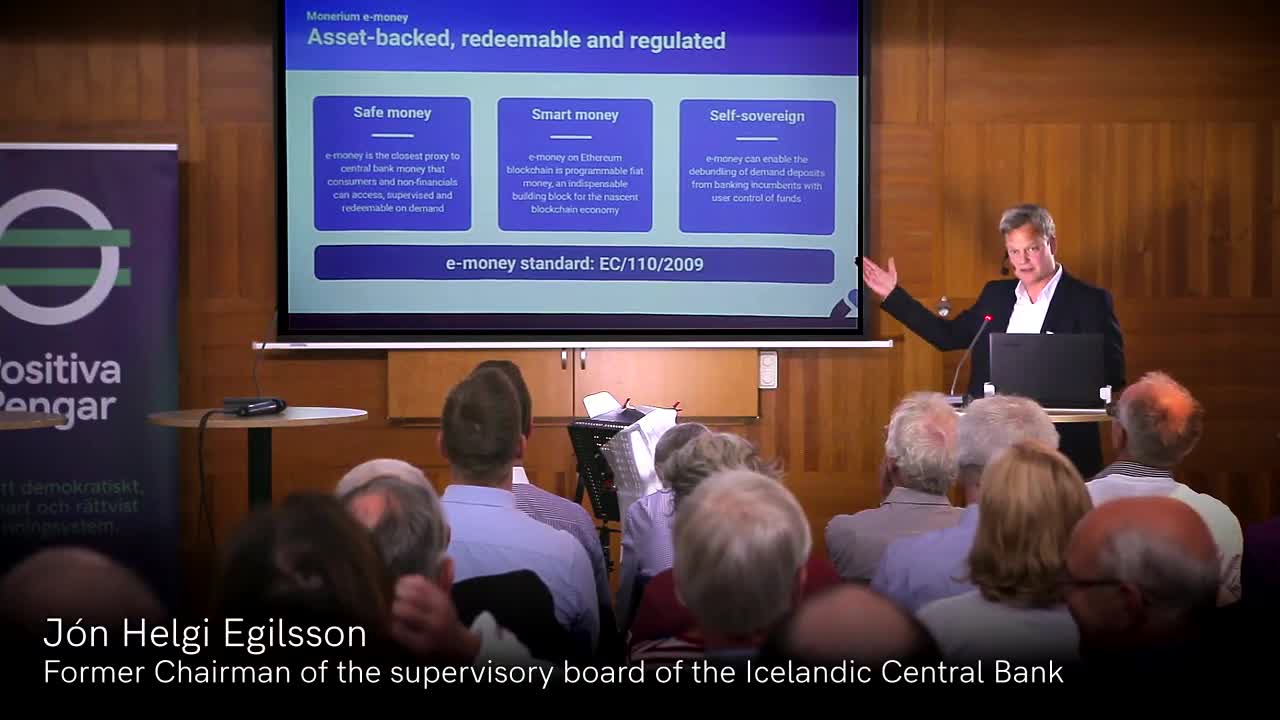 Jon H. Egilsson, Co-Founder of Monerium at “The Future of Money — Central Bank Digital Currency and Beyond” Conference in Stockholm.

Egilsson argued that consumers and non-financial companies would be better served by digital currencies with characteristics of a CBDC but issued by regulated and supervised private issuers. Such digital currency could serve as a proxy for CBDC. Central banks should focus on standardization, building trust and the facilitation of friction-less cross border payments through global standards, while leaving technological and business innovation, interface design and client management to the private sector.

Finally, Egilsson observed that e-money can be used on a peer-to-peer lending platform without new private money being created. “Isn’t this one of the goals of those advocating Positive Money?,” he asked.